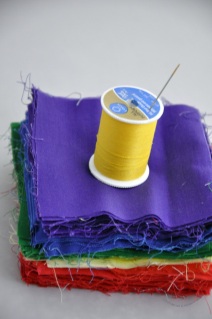 Jesus always spoke to the public in parables – stories crafted to illustrate a truth. Many people still struggle to understand them and, often, come to different conclusions when reading. The great thing about a parable is that it can be interpreted in different ways.

One parable that is often taken out of context is the story of Lazarus and the Rich Man or Lazarus and Dives. Some will say that Jesus is condemning wealth and others will say that he is describing Heaven and Hell. While you are certainly welcome to believe either, or both, of those views in your personal theology neither interpretation explains why the Pharisees were so angry at Jesus for telling the story.

Lazarus is not a Jewish name. So, you could say that the story was one way of expressing that salvation was available to all of God’s creation. This is certainly valid and I believe it is true. Look a little deeper though. What really rubbed people the wrong way?

The story appears in Luke 16:19-31 and begins with a description of the rich man wearing purple and feasting every day. Purple was the color of wealth and royalty but it was also the color worn by the very religious. In fact, God commanded priests to wear purple in the book of Exodus and it was a symbol of status in the Temple. So, in that regard you could say the rich man was wearing his church clothes.

Was the story meant to suggest that the religious people were not doing their job in the community?

Things have not changed much over 2000 years. People still put on their church clothes and go to church to be seen while ignoring the needs of the community around them – just like the Pharisees Jesus was addressing. That’s why they got angry, the story illustrated that they were playing church and not being a church.

One thought on “Church Clothes”