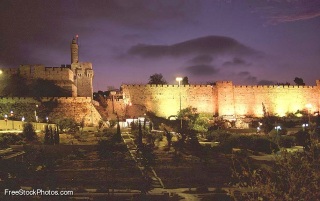 “O Jerusalem, Jerusalem, the city that kills the prophets and stones those who are sent to it! How often would I have gathered your children together as a hen gathers her brood under her wings, and you were not willing!” Matthew 23:37

Theology is man’s study of the divine, man’s attempt at understanding the nature of God. All humans ultimately contemplate purpose in life. Many reject God altogether and others divide into factions based on their own understanding.

For centuries, theologians have debated the subject of grace and the concept of free will. Many Christians believe in the doctrine of Calvinism and the idea that God has predestined some to Heaven and others to hell. This can be a dangerous concept for evangelicals. Scripture tells us clearly that Jesus came for the sinners. If we begin to believe we have been voted in as members of some theological country club, we risk falling into arrogance, which is a sin.

“It is not the healthy who need a doctor, but the sick. I have not come to call the righteous, but sinners.” Mark 2:17

One doesn’t have to look far in the Bible to see the consequences of choosing against God. Eden was perfect, but man was not. Although scripture tells us that God created good and evil (Isaiah 45:7), God does not cause anyone to choose evil nor does he create souls for hell. He placed the tree of knowledge of good and evil in the garden, didn’t he? Nor does God, as Arminians believe, look into the future and only pick those he knows will accept him. Theology is bigger than passing “I like you, do you like me” notes in grade school.

1 John 2:2 tells us that Jesus died for the sins of the whole world. Timothy adds that Jesus is the savior of all men, especially believers (1 Tim. 4:10). God is consistent in calling people into his presence because it is his will that “none shall perish” (2 Peter 3:9). One of the most beloved verses in the Bible is John 3:16. In it, we learn that “whoever believes in him” will have eternal life.

Believing is a verb. It requires action.  It the passage at the top of this article, Jesus is weeping for Jerusalem. He is willing to receive them but they are unwilling to accept him. It is their will, not his own, that causes him to weep. He still loves them and uses them for his purpose of reaching the entire world. Nevertheless, he weeps for their unwillingness. If he had decided that on their behalf before he ever took human form, would he have wept at all?

Christians differ on many theological points, but the Mere Christianity of Lewis should be our common bond. Learn from all of man’s theology: Calvin, Arminius, Origen, Luther, Wesley, or many others. They all loved Christ and they all disagreed. It’s acceptable to disagree but it is never acceptable to sit and ignore the great commission. All of man’s attempts to understand God will inevitably oversimplify him. God cannot be put into any box, nor can he be explained away by systematic theology.